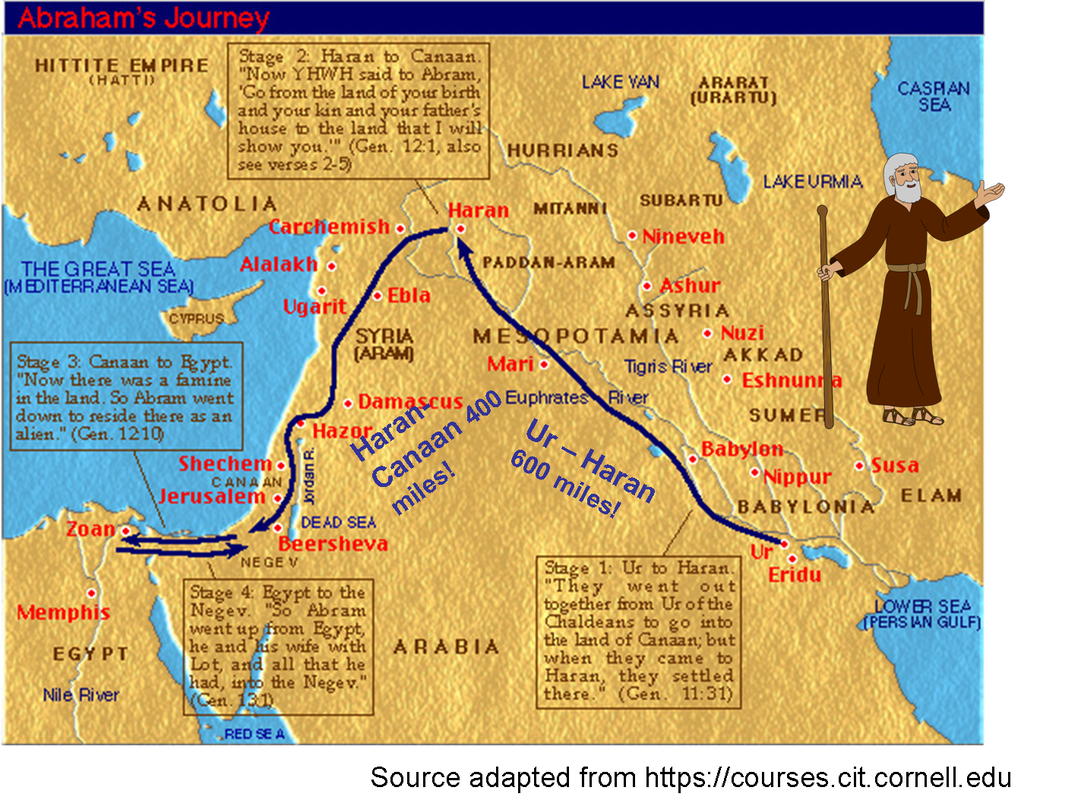 Since Noah died at age 950, Abraham was 58 years old when Noah died.

[I wonder if it was Noah’s death that precipitated God telling Abraham it’s time to move.]

He was born and raised in Ur of Chaldea/Babylon.  He did move to Haran.  He moved from Ur to Haran probably between age 60-70.  He left Haran at age 75 and went to Canaan (later called Israel).

Regardless, Abraham did know Noah for 58 years.  Hmmm.