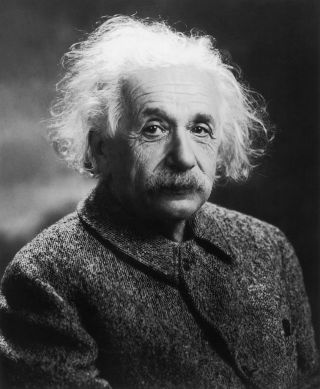 FROM A SCIENTIST FRIEND (Bob Towell):

As I have said several times, the idea that most scientists are atheists is simply not true. During 43 years as a nuclear engineer, many if not most of his colleagues were believers. Here is an example from a name familiar to all of us:

During an interview in 1929, Albert Einstein was asked if he believed in God. This is his response:

“I’m not an atheist. The problem involved is too vast for our limited minds. We are in the position of a little child entering a huge library filled with books in many languages. The child knows someone must have written the books. It does not know how. It does not understand the languages in which they were written. The child dimly suspects a mysterious order in the arrangement of the books but in the arrangement of the books but doesn’t know what it is. That, it seems to me, is the attitude of even the most intelligent human being toward God. We see the universe marvelously arranged and obeying certain laws but only dimly understand these laws.”

When asked if he accepted the historical existence of Jesus, he replied:

“Unquestionably. No one can read the Gospels without feeling the actual presence of Jesus. His personality pulsates in every word. No myth is filled with such life.”

One thought on “From a scientist friend”