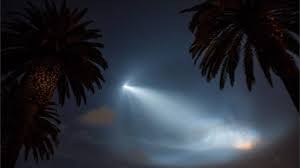 Yesterday I was at a market selling my books.  Two different men looked briefly at them, then said, “I’m an atheist.”  To the first one, I said, “I understand.”  He looked at me a moment with a surprised look, then left.

To the second one, I said, “I understand,” and he gave me the same look but did not leave. I said, “There is so much politics in churches.” He replied, “Yes and it doesn’t give a person a chance to know himself.” I said, “I wish they’d tear down all church buildings. It would get rid of all the vying for positions of leadership and entertainment. Their worship times would be simple again.” He said, “Yeah, that’d be a lot better.  Even the atheists are getting organized.”

I tried to sell him one of my INTREPID MEN OF GOD books, explaining that I do not include a lot of doctrine; the books are about the men and what made them tick, what drove them. He said no, but there is always next month.

By the way, when men tell me they are atheists, they say it matter-of-factly.  When women do, they say it with bitterness of soul.  Over the years, every time I have spoken very long with an atheist I just ask, “What happened?”. They all know what I mean and tell me about some tragedy God caused to happen to them. I remind them Satan also exists and they are so relieved; they want so much to blame someone. Others say God could have stopped it. But (1) God gave everyone free will and (2) if he stopped every bad thing on earth, we would either all be robots or have heaven on earth already.

I always have such interesting conversations with the public when I sell my books at a market somewhere.