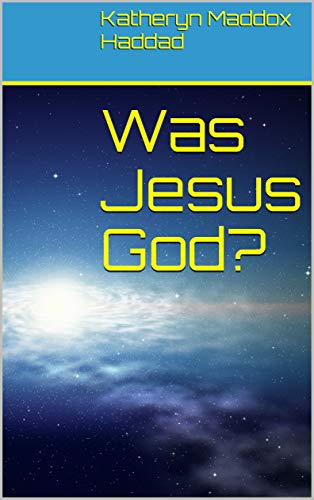 WHY DID I WRITE THIS?

Over the past ten years, I have taught English using the Bible as a textbook to over 6000 Muslims, mostly in the Middle East. They have five main objections to Christianity. (1) Their main objection is that we believe in three Gods because we talk about God being three “persons”.

(2) They are told that Christians believe God married Mary and then Jesus became God’s only begotten son. (3) They do not understand how one man can take other people’s punishment for their sins on a cross, thus leaving all those people to go on sinning as much as they want. (4) They believe Jesus was a prophet like Mohammed and that God would not be so cruel as to make Jesus suffer on a cross. (5) They say, “If Jesus was God and dead three days, that means God was dead three days.”

Many atheists accuse Christians of believing these very same things. I dare say that not a few Christians ask these same questions but slide them under the table of their minds and just don’t face them because they do not know how to study through them in the Bible.

So, come along with me as we try to work through these complicated issues in an effort to draw closer to God in whom we live, we move, and we have our being.